5 Simply Sprite Tools You Need On Your Bench

With various different fly tying tools you may think what are they all used for? Introducing the Simply Sprite Tools range, here we hope to explain the basic use of our fly tying tools used by the fly tyer. All of these tying tools can be purchased individually on our site.

Of all of the ways to catch fish, there are few are as exciting and rewarding as landing a fish on a fly that you have tied yourself. An artificial fly can entice the slow rise of a trout, with the trout’s head poking above the surface, often followed by its dorsal fin and a wag of the tail. Or a gentle grayling or lady of the stream as also known. A huge Muskie or Pike. For many fly anglers fly tying is as satisfying as catching the fish.

Fly tying is the art or craft of combining a few basic elements on a hook, the tail, body wing and hackle to create the final artificial fly, see examples on our website including easy to follow guides. This can be achieved with just a few basic materials like wool, fly tying fur, fly tying feathers and thread or silks and a few simple fly tying tools. The simple tools a fly tyer will use includes a fly tying vice, bobbin holders, fly tying scissors, hackle pliers, threaders, teasers and hair stackers.

As we have launched the first wave of Simply Sprite Tools we thought that we should give them a little introduction as well as some of the other tools we sell at present on our site.

It is possible to tie a fly by detaching a length of tying thread from its spool there are many pros to using a Bobbin Holder, from reducing wastage to keeping tension. Maintaining the tension on the fly being tied makes sure the furs and feathers do not spring loose. Also, whenever you pause the bobbin hangs below the hook then the weight of the bobbin stops the fly from unravelling. Although not in the simply Sprite tools range, we thouroughly reccomend these. 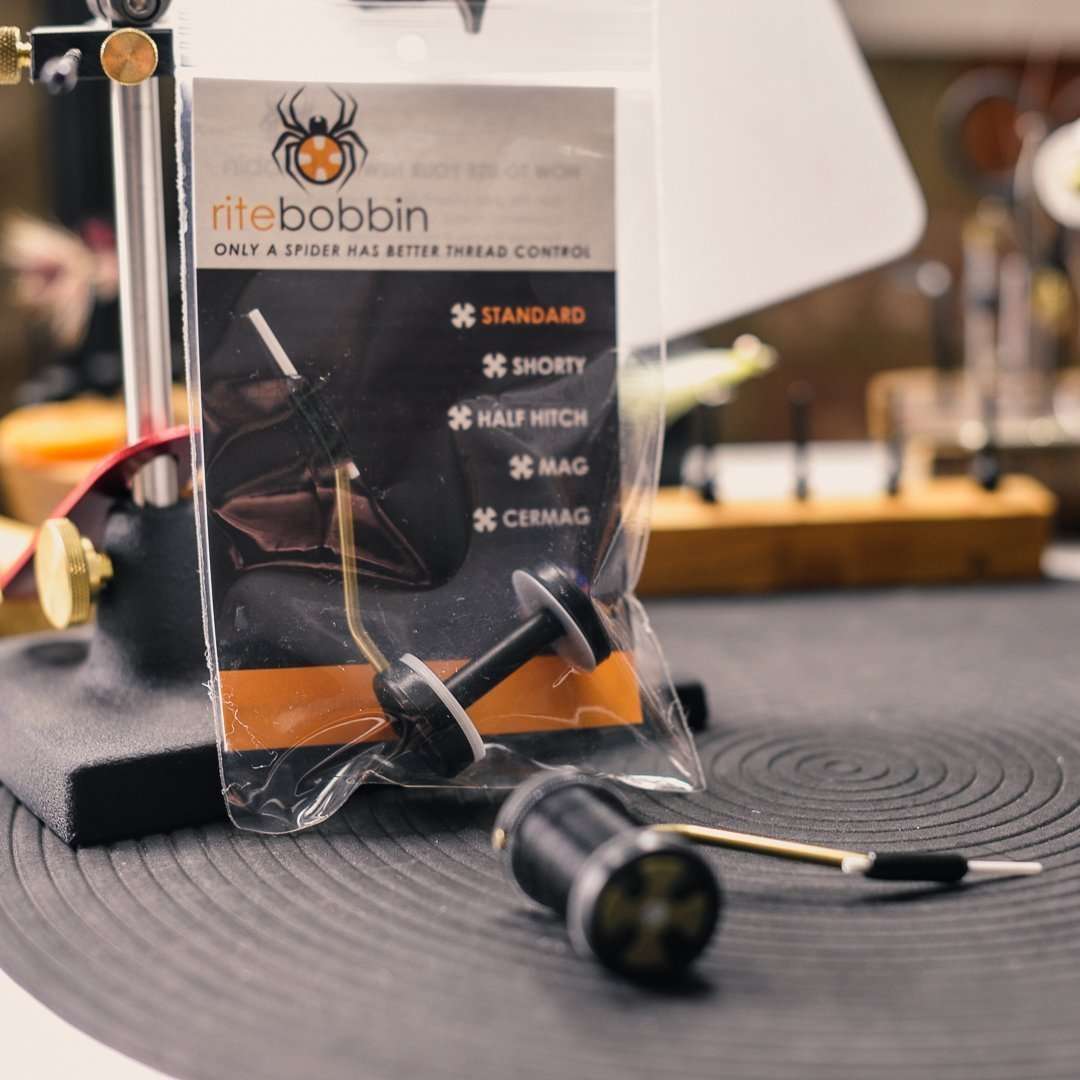 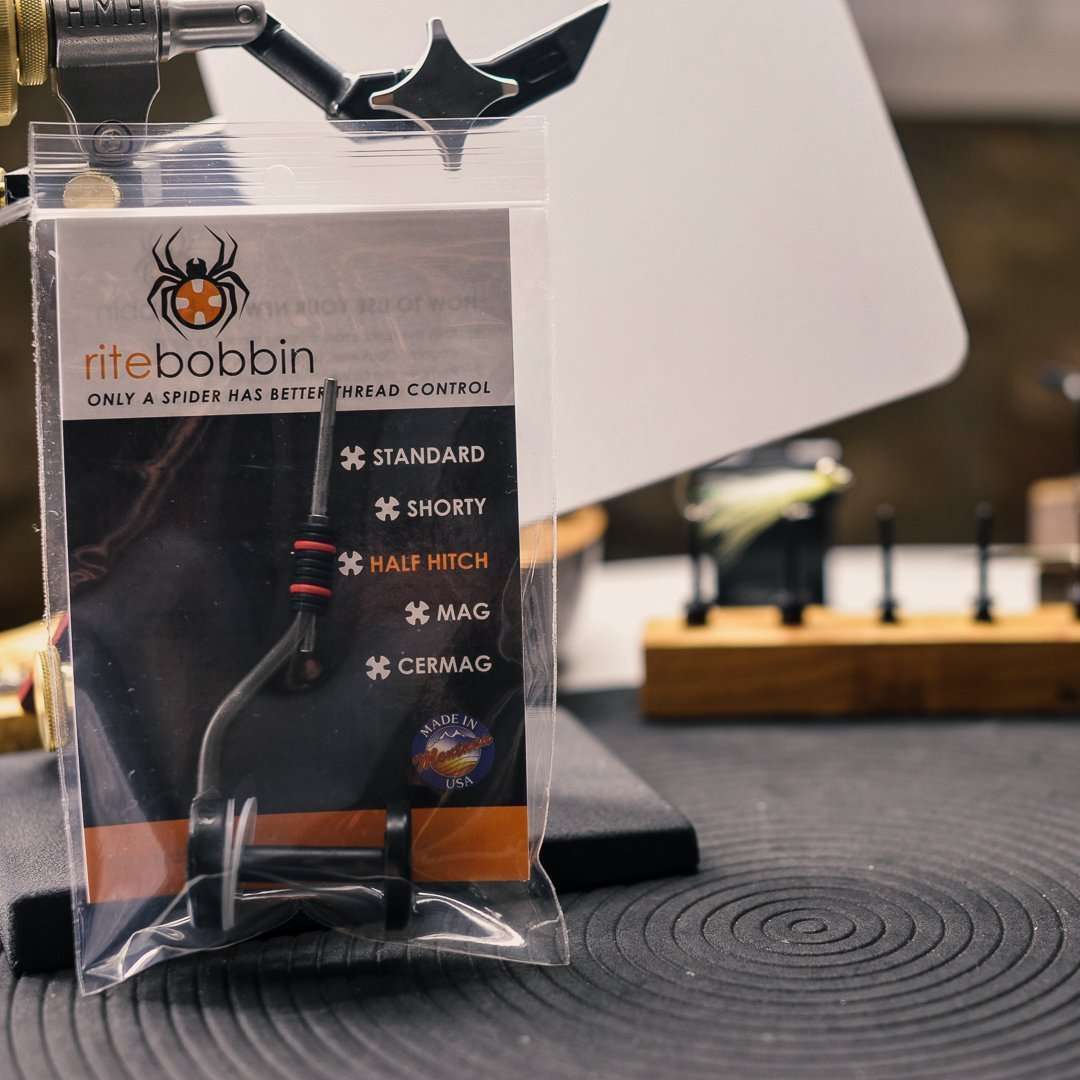 Hackle pliers are used for ‘hackling’ or holding materials – hackles as well as other things like thread. The third hand can aid when you need to control something, and have run out of thumbs and index fingers. They also enable you to grab materials that can be hard to pinch between your fingers like really fine and short hackles.

Bodkins are used to free-up tied downbound or hackle fibers. They are best described as a needle with a handle. They are a common choice of tools when you want to place cement in a precise location on a finished fly.

It is possible to whip finish a fly with fingers alone, however many tyers find using a specially made tool very useful. Whip finishers make tying off thread quick and easy. 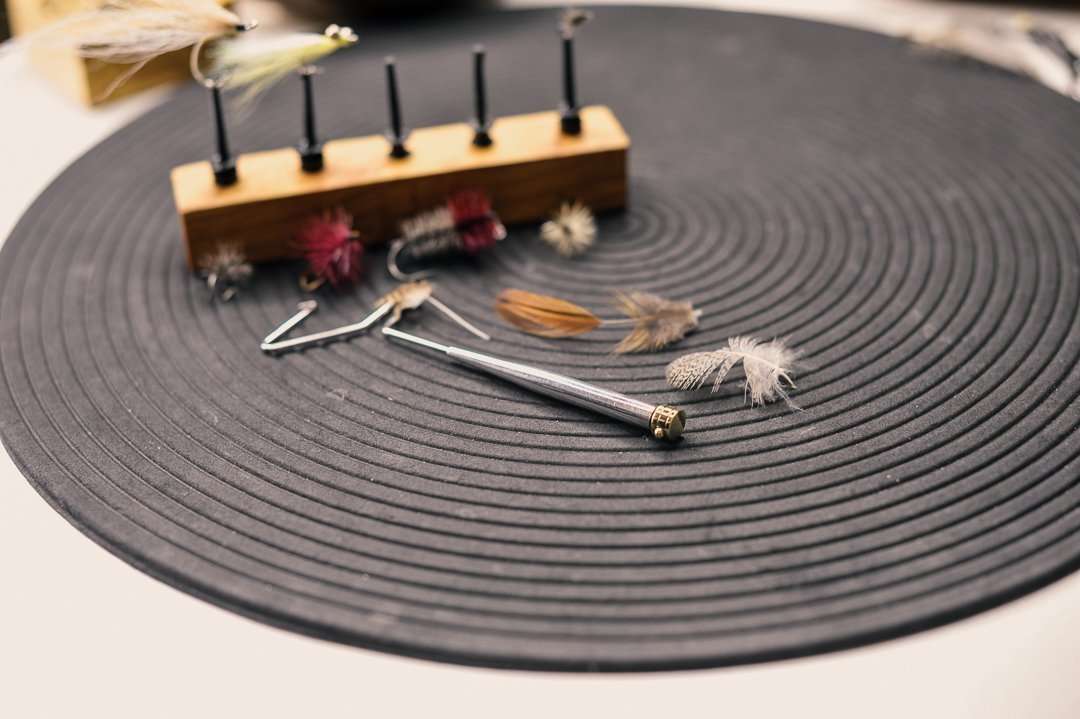 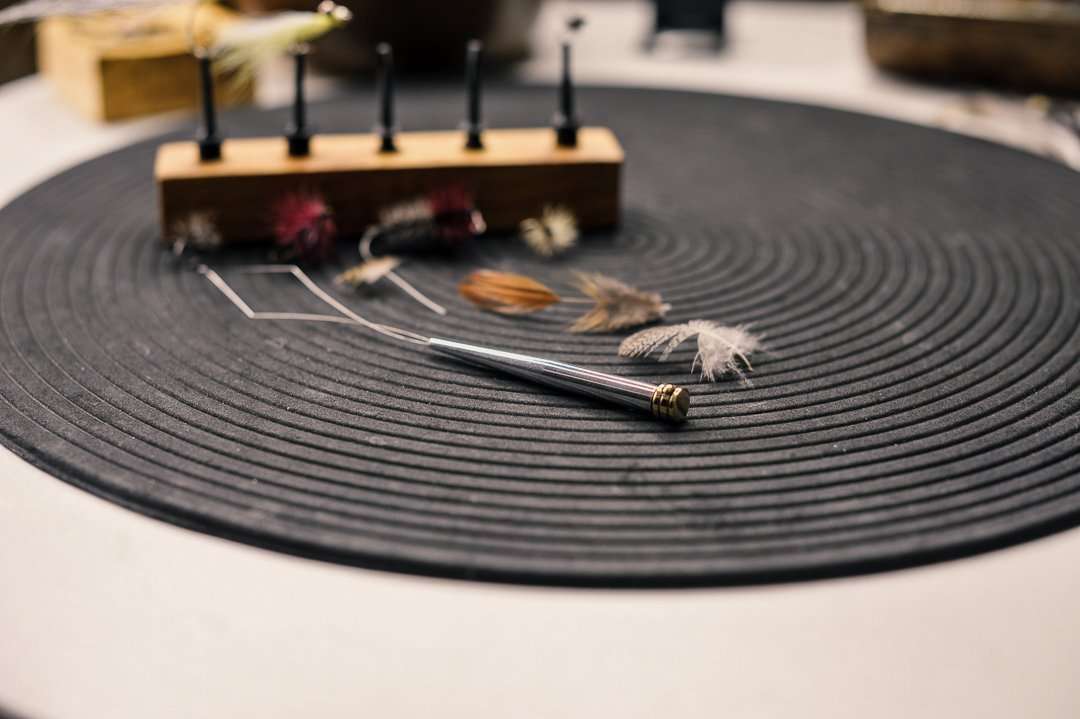 Using head cement for fly tying is easy to apply and resists wicking, which makes it great for flies with hackle or dubbing. This tool allows the user to apply the cement in an accurate position minimising mess and wastage. 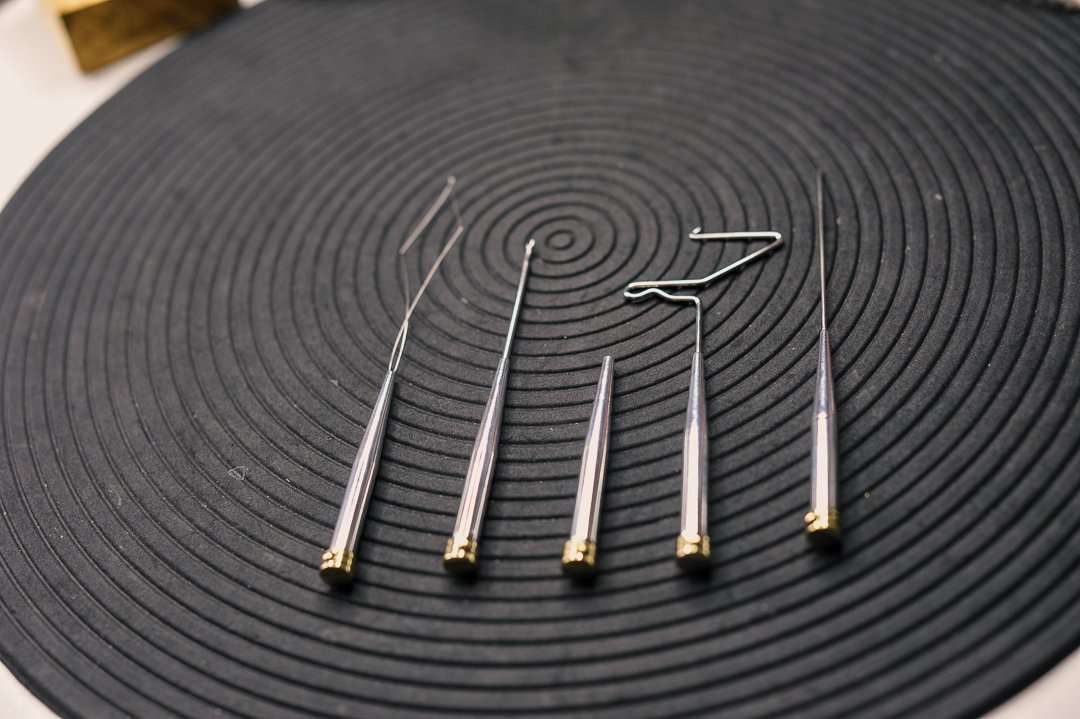 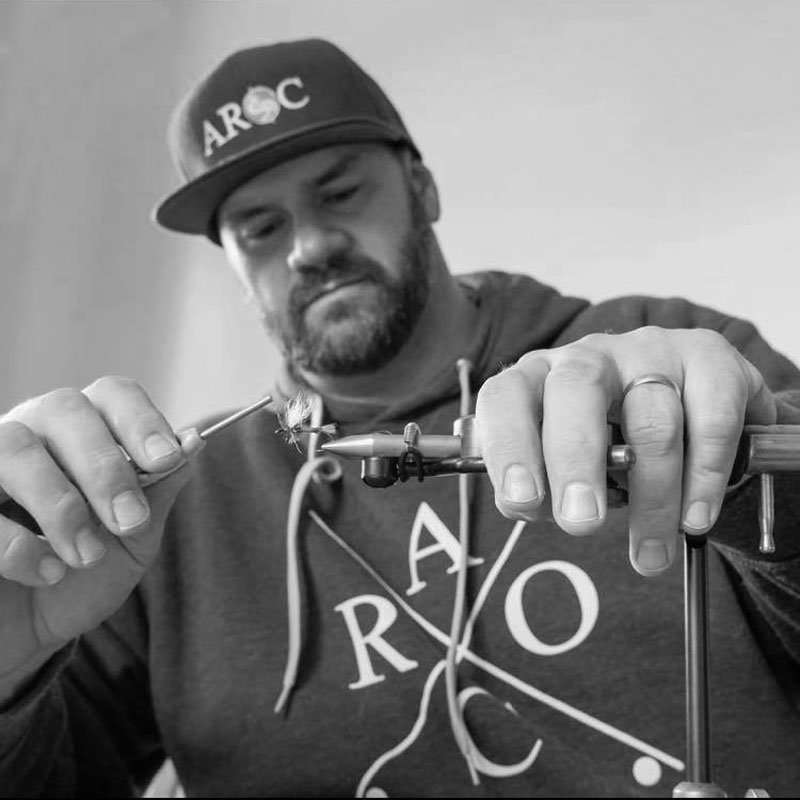 It’s tough to tie quality flies without using quality material, hooks, and of course; using quality tools. I was fortunate enough to be sent a set of tools to me retailed as Sprite brand this week to try out. The kit included hackle pliers, bodkin, bobbin threader, spinner, finisher and whip finisher. My first impressions were the tools looked quality. Brass accents with polished handles look fantastic. In hand, the tools feel comfortable and natural allowing the tyer to smoothly use each tool. The whip finisher is fluid and does not bind, the bodkin is sharp and strong, being the president of the Worldwide Thread Busters Club (ha ha), I quickly put the bobbin threader to use. It slides through ceramic and metal tubes easily. The hackle pliers have a firm hold, even on the smallest hackle; and without cutting the stem with force. Adding these tools to your will surely aid in creating and finishing your flies. Check them out! 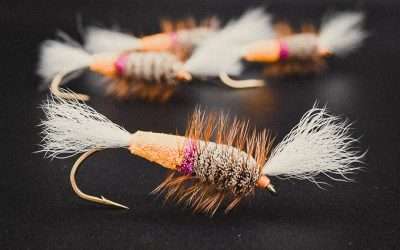 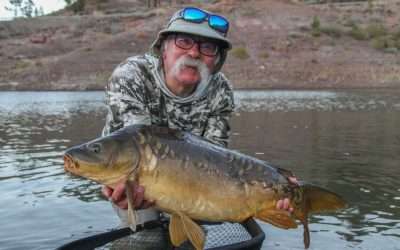 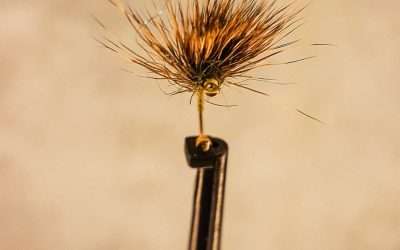