A simple step forward from my own Corrie-killer pattern that’s done so well for me over the years both on lochs as well as rivers.

This time, when up on the stunning Harry Loch in Orkney earlier this year, the flat profile of the Corrie-killer wasn’t doing as well as it normally does with the fish showing a preference for the half in, half out profile an emerger pattern provides when tied on a curved hook so it was back to the vice for me in search of an even deadlier pattern than the ones I currently rely on.

My thoughts were to pick out all the trigger points from the Corrie-killer with the enhancement of utilising florescent UV resin instead of florescent thread just to offer that something a tiny bit different.

I also substituted the white head hackle of the Corrie and replaced with a natural grizzle one, simply because that was the cape, I had with me in my limited supply of materials in the travel tying kit I’d taken on my holidays.

The end result was a fly that did exactly what I hoped it would, stand out amongst the natural hatching buzzers and fitting perfectly the “easy meal” profile I’d hoped for.

Ok my naming process could have been a little more creative, but I was pressed for time as I’d fish to catch. 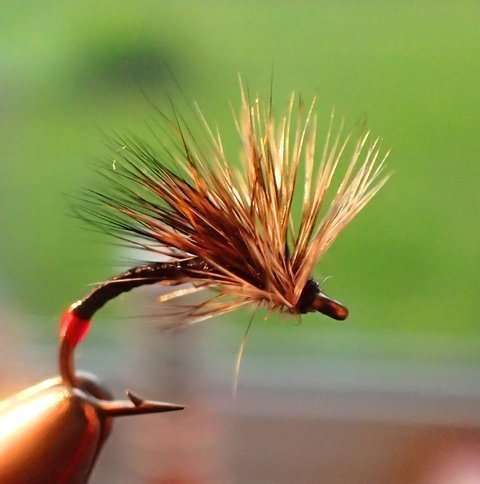